Grzegorz Ekiert is Laurence A. Tisch Professor of Government at Harvard University, Director of the Minda de Gunzburg Center for European Studies, and Senior Scholar at the Harvard Academy for International and Area Studies. His research and teaching interests focus on comparative politics, regime change and democratization, civil society and social movements and East European politics and societies. His books include: Ruling by Other Means: State-Mobilized Movements, (co-editors Elizabeth J. Perry and Yan Xiaojun), Cambridge University Press, 2020; Capitalism and Democracy in Central and Eastern Europe: Assessing the Legacy of Communist Rule, (co-editor Stephen Hanson), Cambridge University Press 2003; Rebellious Civil Society. Popular Protest and Democratic Consolidation in Poland, (co-author Jan Kubik), University of Michigan Press 1999; The State Against Society: Political Crises and Their Aftermath in East Central Europe, Princeton University Press 1996. His papers appeared in numerous social science journals in the US, Europe and Asia and in many edited volumes. 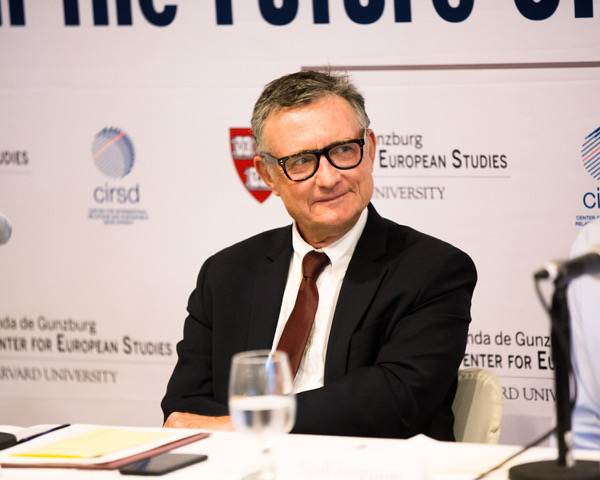 Contemporary research on the state of democracy in the world shows steady erosion of the quality of democratic institutions and respect for civil rights. Public opinion polls register declining trust in governments, representative institutions, and political parties. Populist and extremist movements are on the rise across the globe. Since the early years of the XXI century, this growing “democratic deficit” has affected both old and new democracies. The erosion of democracy has been paralleled by another trend that is less noted but equally significant. It can be described as the “dictatorial drift,” affecting both hybrid regimes and “soft” authoritarian systems. It is characterized by the concentration of executive power, rejection of the rule of law and destruction of trappings of democracy – fair elections, opposition parties, free media, independent civil society organizations. It also entails growing repressiveness and use of force both at home and abroad. I will illustrate these trends and discuss their causes and consequences focusing on formerly communist countries in Europe.