Sociological reflection on maritime issues has been for years characterised by a certain degree of dispersion; the sociological maritime research was carried out in various areas of social science. Some of the “nautical” studies were and still are to be found in the area of sociology of work, sociology of organization or sociology of occupation. These are all those studies that relate to the category of “people of the sea”. (maritime professions or maritime labour organisation). Other “nautical” analyses are closer to environmental or urban sociology. The numerous studies on the port city should be highlighted here. One of the main challenges then is to establish a field were all these research would be found under one, widely recognised caption.

In Poland the maritime sociology was to some extent institutionalised for at least five decades now thanks to the efforts of Szczecin and Gdansk scholars (e.g. prof.Ludwik Janiszewski). During this half-century, researchers have focused on the maritime occupations and professions, the specificity of working on a ship as a closed (total) institution, the functioning of maritime communities on land, and the families of seafarers and fishermen. Social researchers from a few countries (especially Poland and Germany) make attempts to consolidate the so far collected results into maritime sociology label.

Maritime themes have been introduced to the European Sociological Association conferences (Maritime Sociology Research Stream sessions in Lisbon 2009, Geneva 2011, Turin 2013 and Prague 2015, Manchester 2019 and Barcelona 2021), to the programme of the Polish Sociological Association National Congresses in Szczecin (2013), Gdansk (2016) and Wroclaw (2019), the German Sociological Society Congress in Trier (2014). A maritime sociology session has also appeared at the Nordic Sociological Congress in Reykjavik (2012) or the Gdynia International Conference on Seafarers and Seafaring Careers at the Naval Academy (2018).

Another way of popularisation of maritime sociology approach was a Polish-German idea to start a series of International Studies in Maritime Sociology. It is launched by Brill Publishers edited by Agnieszka Kolodziej-Durnas, Marie Grasmeier and Frank Sowa. The first volume of the series will be an monograph Maritime Spaces and Society edited by the same trio and expected in December 2021.

Having been a half way through solving the first challenge we may safely address other ones. These include incorporating in the classical way of thinking on sea as social space new knowledge on contemporary society (also its part on board): automation and robotization, gender inequalities, multicultural and/or globalised labour milieu, enforced labour at sea, military safety at sea, sustainable development vs expansion of maritime industry, seas and oceans as means to spread capitalist system and modernity project, transcending the land-sea binary. 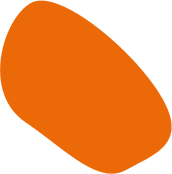