Development as Movement: Towards a Sustainable Society?

Amartya Sen, a Nobel Prize winner in economics has defined human development as freedom. As a measure of development advancement he suggested the growing level of meeting various human needs and widening opportunities. Therefore development processes cannot be reduced simply to the economic growth measured by GDP but have been more complex and measured by HDI. We share this perspective but are more focused on various  mechanisms of human development which might guarantee its sustainable character. In international literature on globalisation one might find ten principles for sustainable societies that cover: the stress on “new” or “living” democracy (accountability, creating governance systems, etc.); the focus on subsidiarity (the defense of local livelihoods, local jobs, and communities self-reliance); ecological sustainability (preservation of biodiversity), defense of common heritage resources (natural ones, culture and knowledge as well as modern common resources like public services, etc.); preservation of diversities (cultural, economic and biological); protection of human rights (civil, political and social ones); protection of jobs, livelihood and employment; food security and safety; protection of equity (women rights, indigenous people rights, etc.) and the precaution principle. In order  to achieve all the principles mentioned here collective activities (social movements) seem to be required. These issues have been already addressed in some analytical approaches such as: neo-endogenous development, participatory development, contested development and last but not least sustainable development. Therefore the organizers invite all researchers who conduct such studies to join our discussion on development as movement.

Commons or Commodity: The Movement toward Alternative Food Networks in Poland and the United States

While the industrial food system (IFS) positions food as a commodity that may be exploited for private profit while feeding a widely distributed populace, Alternative Food Networks (AFNs) can be considered a form of collective action that reconceives food as a public good, or commons. The common feature of these diversified arrangements of food distribution is that they reconnect consumers and food producers more directly than in the mainstream system. In this way, AFNs foster both economic links and social bonds that constitute new social relations, and institutional arrangements, and local food production and procurement practices. In theory, a food commons contributes to sustainability by more rational and just use of resources through participatory governance, reciprocal accountability, ecological stewardship, and community self-reliance. We employ empirical research with farmers markets, a form of AFNs, to compare the efficacy of those networks in two countries, Poland and the United States, to preserve, regenerate, or perform a commons as a form of sustainable common answer to the weaknesses of the IFS. We “compare by context” (Grasseni 2021): proceeding from the specific characteristics of each case to describe and contrast the actual meaning given to “commons” in each network. We use qualitative methods to consider farmers markets in these two countries that are deeply enmeshed in the global industrial food system. That farmers markets are recognizable in different contexts suggests that, while deeply embedded in a given context, they constitute a genre of social performance, with the potential to work synergistically across distance. They have significant similarities, including city size, relative affluence, participant motivation, and farm accessibility; however, their social-historical and ecological contexts differ. Our comparison tracks contextual challenges to a food commons that can lead to growth or re-enclosure of the sustainable food system that can have implications beyond these two cases.

The aim of the paper is to reflect on the role of Polish new farmers – that is, people who move out from the city to settle in the countryside or those who return to their native villages after a longer period of studying/working in the cities – in the movement towards the more sustainable countryside. Most new farmers under study pursue some form of sustainable farming – they engage in agroecological, regenerative or permaculture farming. Most of them also want to engage to shape their rural communities in a more sustainable way. In the presented study we tried to assess the impact of the group of new farmers – who can be classified as new peasants according to the terminology of van der Ploeg – on the rural communities in which they live and work. This impact is often hampered by the differences in social and cultural capital between the newcomers, often pursuing a distinct, alternative lifestyle, and the rural communities they join. The sarp difference in farming style between conventional farming and the labour-intensive, small scale style of farming pursued by new farmers often constitutes a big gap between the newcommers and the local farming community. However, overall our study shows that the members of the group of new farmers try to engage in local matters (for example, as members of village councils) and their mindset and production methods has an impact on rural communities.

The paper will be based on Petr Jehlicka, Petr Danka and Jan Vavra’s operationalisation of the concept of resilience. It assumes that this concept, originating from systems studies, can have both a conservative and a proactive nature. In the first instance, we are dealing with a condition of preserving the resources of a given community against the stress of modernity. Resilience interpreted in this way is related to the notion of defensive localism, an attempt to defend the existing order of things. In the second approach, resilience can be defined as an active pursuit for features and practices that can develop the community. The proposed paper will focus on the second approach and the non-obvious risks associated with it. The author will analyse related to alternative food practices: actions, imaginaries, spaces, and their materiality. Focus of the talk will be on the resilience of Polish rurality, the quiet sustainability and the constructive dimension of food practices. One of the highly visible tools used for rural development today is food. Successive initiatives such as local brands, green markets, direct sales systems or community supported agriculture are identified by researchers and practitioners as an important tool that can shape rurality. Little attention is paid to embedded initiatives such as allotments, home gardening or food self-provisioning. Our study ilustrate the critical exclusive potential of iterative practices and the still undiscovered inclusive capacity of everyday practices. The paper will focus on the accelerations and decelerations associated with different food practices and their relation to the resilience of Polish rural communities. The paper will be based on the results of a comparative research project compiling six Polish alternative food networks and a cross-sectional quantitative study of food consumers. Theoretical basis will be set up on resilience theory, more than representational rurality and studies of food practices in Eastern Europe.

The paper aims at exploring what makes rural communities a good place to live from an older adult’s perspective. This will be achieved by using an example of four small towns in the state of Iowa, USA. All these towns are strongly affected by population ageing, i.e., according to the Census Data, have above-average shares of people aged 65 or above. In the case of two of them, senior citizen programs are perceived by the residents as of good quality, whereas in two others, they score significantly lower (Iowa Small Towns Project Data 2020). The analysis covers several themes, such as types of senior services available locally and their provision, quality and accessibility of services important for people of all ages but also for older adults (health care, transportation, grocery stores, etc.), informal support directed at older adults, as well as overall challenges related to population aging in these small Iowa rural towns. The analysis is based on own research carried out in 2021-2022 at the Iowa State University. This includes in-depth interviews with residents aged 65 or older and local stakeholders, as well as a postal survey among randomly selected households in all four towns. Preliminary outcomes indicate the importance of not only “formal” services, such as assisted living, health care or in-home care, but also local social networks (neighbors, friends, community groups) providing support to older residents (emotional support, checking on the elderly, help with grocery shopping or driving). The paper contributes to important discussions on population ageing that go well beyond rural Iowa, as such demographic changes are observed in rural areas in many Western countries. Sustainable rural communities should not only focus on attracting younger people to stay, return or move in, but also on the quality of life of their older residents.

Efforts to combat aging and prolong human lives have been going on for centuries, with self-proclaimed experts offering elixirs of eternal youth. (Not only) older people have tried, and even more so nowadays, to find and use various options that could guarantee them to live longer and look better (understand younger and physically attractive) or maintain the so-called status quo. These efforts can be subsumed under the discourse of anti-ageing. One specialty is anti-ageing cosmetic/aesthetic surgery, the fastest-growing commercial medicine, and an increasingly powerful normative cultural practice. At the same time, technological advances in cosmetic/aesthetic surgery have caused individual cosmetic/aesthetic procedures to become more common and safer. Therefore, people are fearless and more accepting of cosmetic/aesthetic surgery to improve their physical appearance. This presentation is based on a literature review conducted to gather those research and studies that looked at the motivations/factors/predictors that influence/have influenced or motivate/have motivated women to undergo cosmetic/aesthetic surgery procedures. At the same time, the question is whether this whole anti-ageing machinery is sustainable in the future.
The study is based on the analysis of available materials. These sources were searched in six databases: Pubmed, Sage Journals, ProQuest, ScienceDirect, JSTOR, Cambridge University Press to search for relevant articles according to PRISMA guidelines. The keywords “motivation”, “factors”, “women” “ageing”, “anti-ageing” and “aesthetic surgery” were used to search for records. The presentation will focus on how the different camps discuss the motivations/factors, where they agree, and which points differ. The last part of the presentation will reflect on what areas are being neglected or completely overlooked during this initial stage of the decision to undergo an anti-ageing cosmetic/aesthetic surgery procedure and the future prognosis of sustainability.

This presentation aims at discussing the results of a recent national-level survey and local fieldworks that focused (among other topics) on the motivations and future plans of international returnees to Romania who decided to leave behind their tumultuous urban context (both at home and abroad) and to move instead in more or less remote villages in different regions in Romania. While Romania used to be a sending country – and it still is – in recent years we can observe at one hand a reversed process (those who left many years ago return to their country of origin), and on the other hand, a new immigration, that aims at replacing the missing work force (mostly in urban areas), and more recently, the acceptance of refugees. These processes led to local transformations in rural areas and the re-composition of local labor, while there is still observable the shrinkage and depopulation of certain rural regions. Our aim is also to launch a discussion whether these new mobility processes can be interpreted in rural-urban dichotomy. Also, we will reflect on the ethnic dimension of the data, discussing whether these new phenomena reinforce existing ethnic and social inequalities or on the contrary, create new opportunities to families that are marginalized by the majority society. 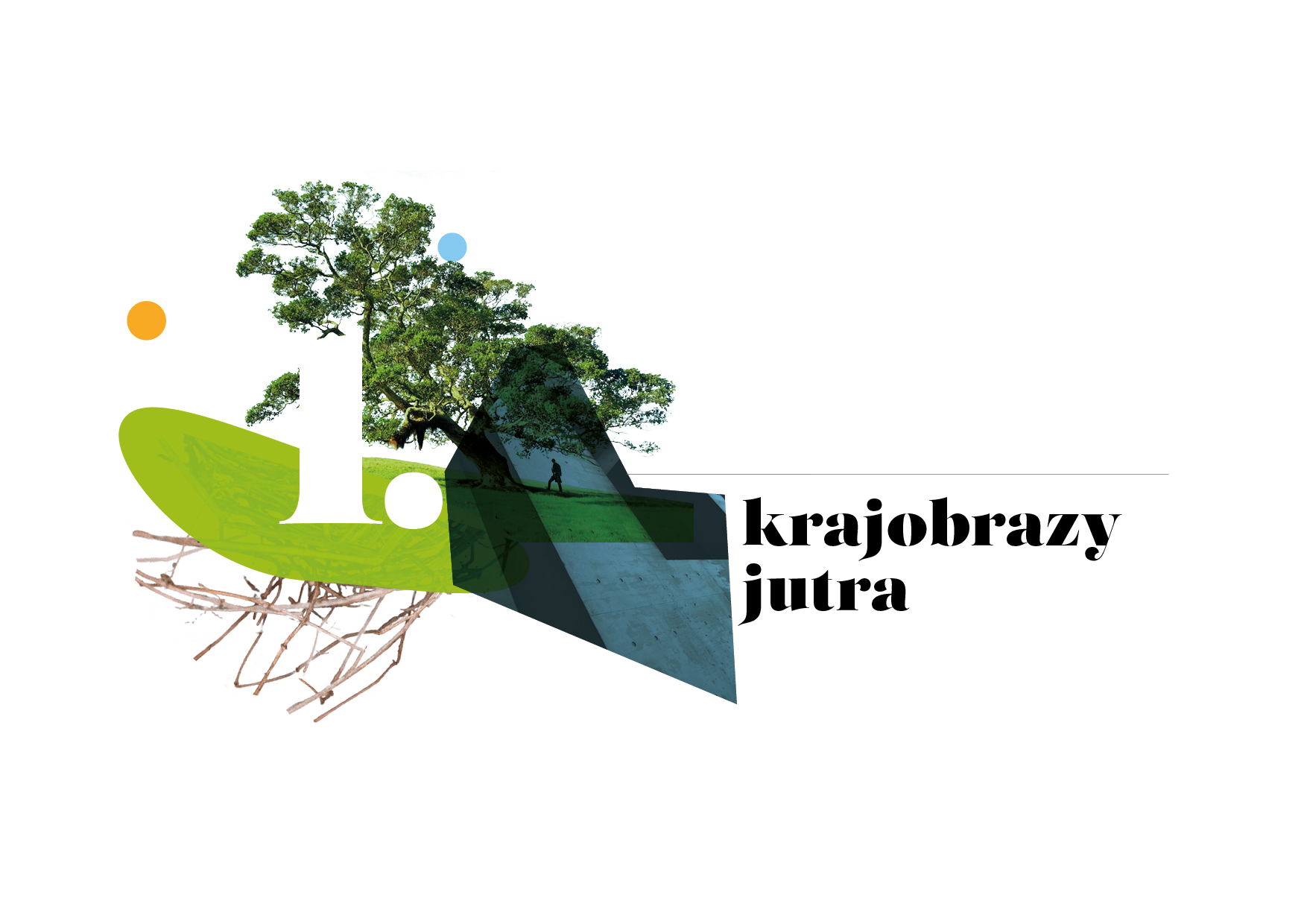 
G48 Development as Movement: Towards a Sustainable Society?